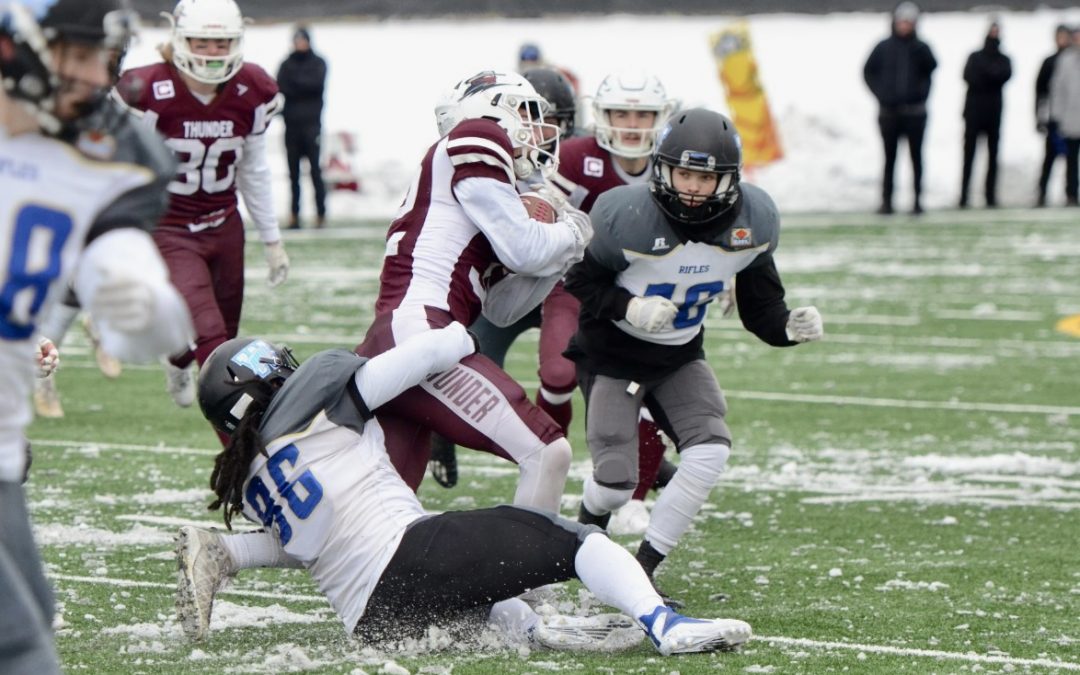 A scrappy Winnipeg Rifles team battled but came up short of knocking off the undefeated Regina Thunder, falling 23-14 in the Prairie Football Conference semifinal at blustery Leibl Field in Regina on Sunday.

Following a lengthy snow delay as dozens of volunteers gathered to clear the turf prior to kickoff, the rain and 70 km-per-hour gusting winds in near-freezing temperatures played a significant role in a ball-control-dominated game.

“You get an opportunity—we wanted to finish this thing,” said Winnipeg head coach Geordie Wilson. “We didn’t get it done. They’re a good team over there.”

“We’re proud of our guys. We’ve got a hard-working group of good young men… We’re a young team and we’ll be alright moving forward.”

The Thunder, who finished the regular season 8-0, were led by tailback Rylan Leichert and his astounding 390 rushing yards in the game.

Winnipeg was without their star weapon in quarterback Bryson McNeil who broke his collarbone seven days earlier. With Canada’s No. 2 passer (2,269 yards) on the shelf, the Rifles looked to veteran quarterback Thomas Hubbard to step in and operate Winnipeg’s aerial-oriented offence.

Hubbard finished with 199 yards passing and two interceptions, both coming in the final minutes of the fourth quarter. Hubbard was also Winnipeg’s leading rusher with 34 on the ground and helping create 18 total first downs, while converted linebacker Sam Hezekiah punched in a rushing touchdown. 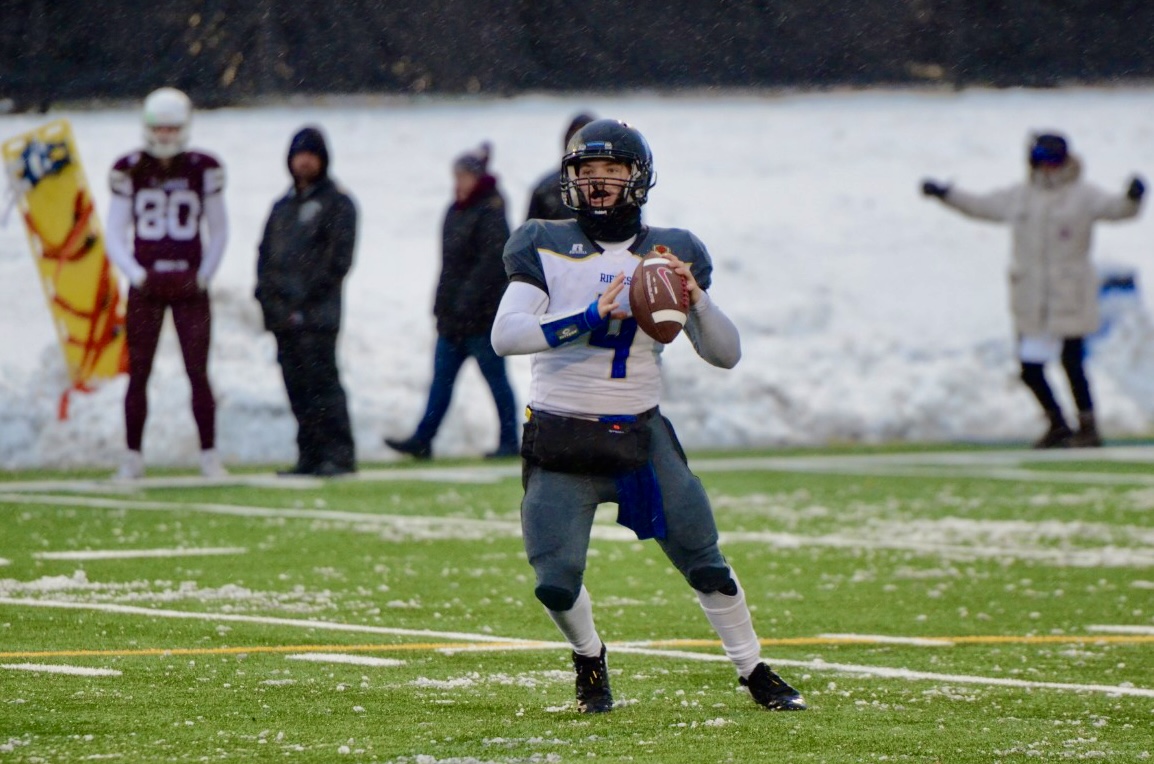 Winnipeg’s defence bent hard but didn’t break, forcing two takeaways and keeping Regina to just a pair of touchdowns despite Leichert’s dominance on the ground. Rifles defensive back Tyson Bennett was a bruising run-stopper with a game-leading nine tackles and three assists.

Earlier in the day the Saskatoon Hilltops came back to beat the Edmonton Huskies 20-15 in the other conference semifinal, and will now travel to Regina to meet the Thunder in an all-Saskatchewan edition of the Prairie Football Conference Final on Oct. 30. The PFC champion will host the 2022 Canada Bowl and face the winner of the Canadian Junior Football League national semifinal game which will be played between the British Columbia and Ontario Conference champions.