Rifles Enter Playoffs with a Win 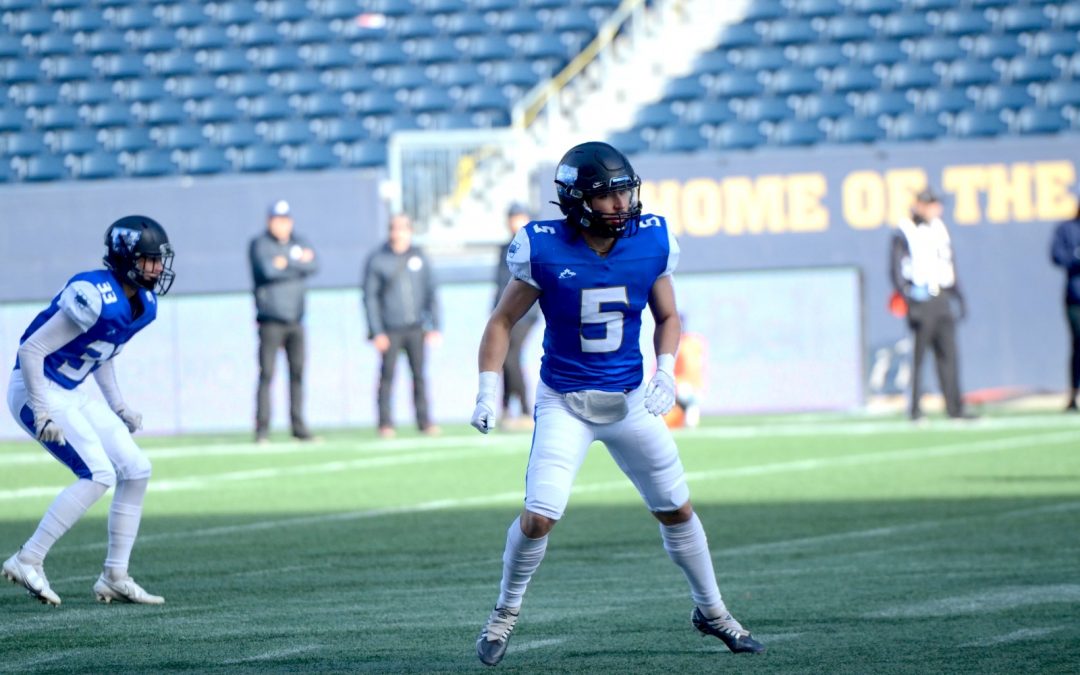 WINNIPEG – Desperation was smothered with a crushing blow by Brandon Kamenz and the Winnipeg Rifles hung on to win 12-8 against the Edmonton Wildcats in the Prairie Football Conference regular season finalé at IG Field on Sunday.

Kamenz’s strip sack of Edmonton quarterback Devin Desormeau in the red zone iced the game as time expired with the Wildcats driving to avoid a winless season.

“The blitz was open off the edge — they don’t make any adjustments for it and I came off free,” Kamenz said. “I have never ended a game like that before… I don’t know if I’ve ever been that excited in my life after making a play like that.”

Kamenz, a dimebacker, finished the game with three sacks as part of a bend-don’t-break Rifles defence that held the Wildcats to just one major score.

“Our defence had to stand tall when they did,” Rifles head coach Geordie Wilson said. “Kamenz had a pretty good game bringing the heat and he closed the game off on that big strip sack.”

Rifles quarterback Thomas Hubbard entered in relief for an injured Bryson McNeil, going 11-of-18 for 150 yards and leading the final scoring drive on the same possession McNeil, the 2022 Canadian Junior Football League passing leader, went down. Hubbard also ran for 16 yards and a touchdown.

“I thought ‘Hub’ did a pretty good job when he came in, considering he does take a lot of first-team reps,” added Wilson. “It was gritty, we’ll call it that way.”

Winnipeg’s Jake Roger led all receivers with five receptions and 103 yards, including a 58-yard catch and run to set up a score.

The Rifles, who finished the season 4-4 and in fourth place in the powerhouse PFC, now travel to Regina to take on the 8-0 Thunder on Sunday, October 23 in the conference semi-final.

“We know we can beat them,” Kamenz said of their playoff opponent. “We just have to correct our mental errors and just come out strong. That’s all it is… We’re going to stand behind our quarterback now. We all trust in ‘Hub’.”